Show some extra information on hover

☝️ Note: This tutorial is for Smart Slider 3 Pro version only!
☝️ Note: Check out this documentation to understand how events work!

☝️ Note: The tutorial uses two Absolute positioned row. For the best responsive result, you can create the row with the most content in Default position. 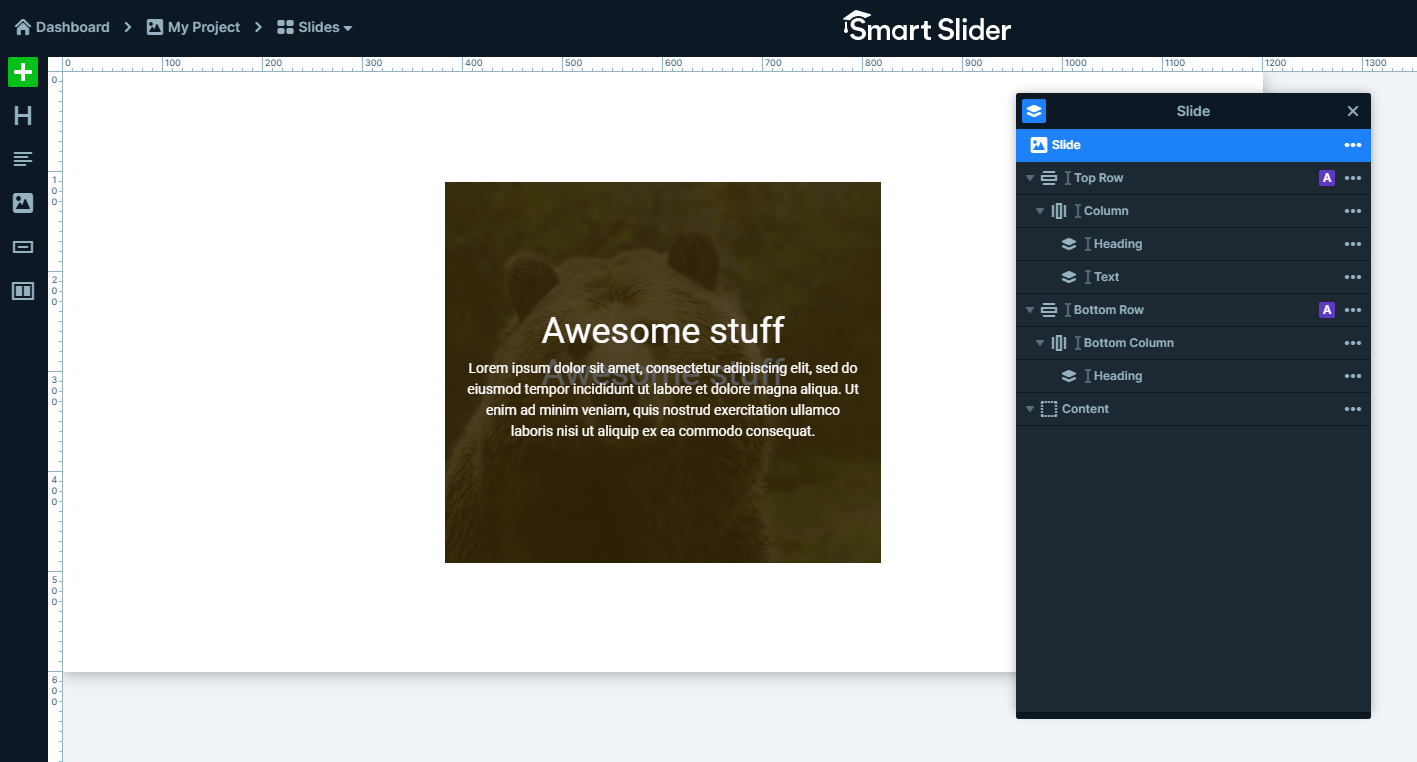 The first animation we'll do is animating the column of the bottom row layer. Simply go to Layer window → Animations → In and select Fade from the Fade group. Then go to the Out tab and select the Fade out animation. 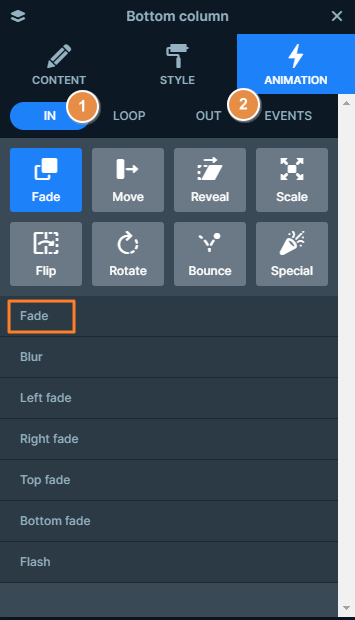 Then turn on the Repeatable option. 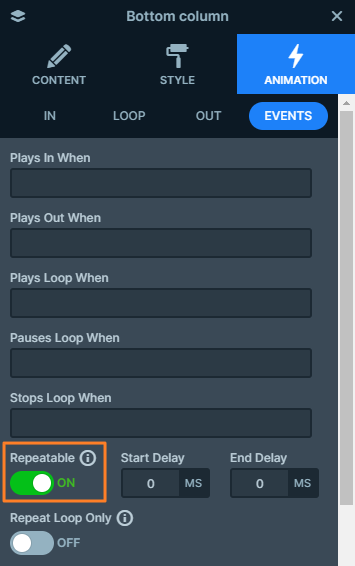 Select the bottom row layer and go to it's Layer window → Animation tab → Events. Create a custom animation which will be triggered on Mouse enter. I'll create top_in, indicating that it moves in the top layer. 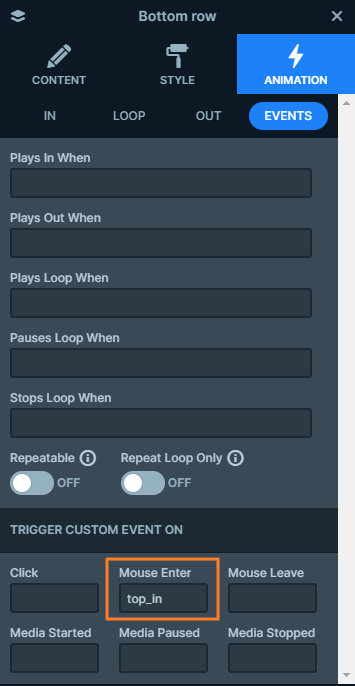 Now select the column of the bottom row. Go to Animations → Events and let's trigger the layer's animation. We want this layer to play out when the top layer shows up, so write top_in to Plays out when. The layer should show up when the slider gets visible, which can be done with the layerAnimationPlayIn default event. Apart from this, we also want this layer to fade in when the top layers fade out. So create another custom animation, top_out and write it next to layerAnimationPlayIn separated by a single comma. 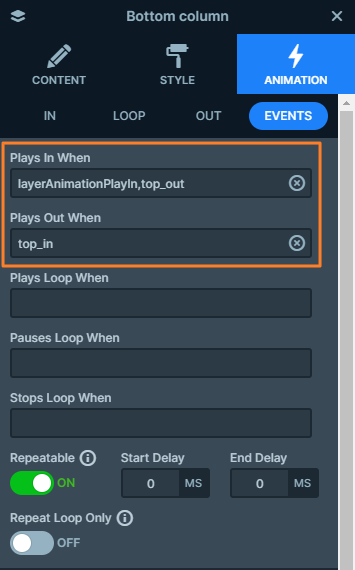 Now let's select the top row. Set an In animation and an Out animation for the layer at the Layer window → Animation tab. I will set Fade from the Fade group. 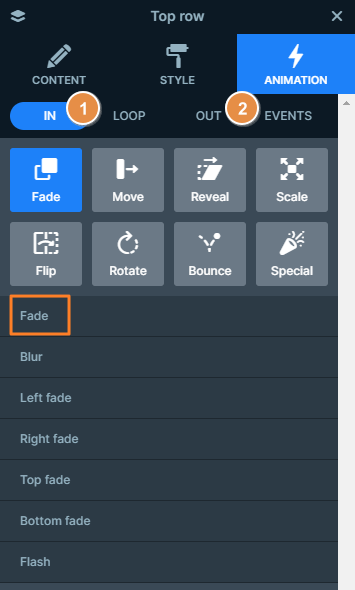 Then turn on the Repeatable option at the Events tab. 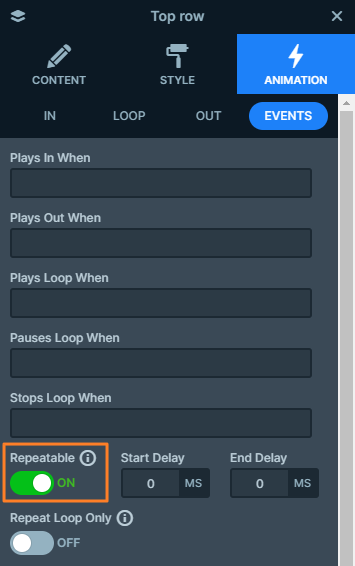 The top row needs to play in on the top_in event, and fade out on the top_out. 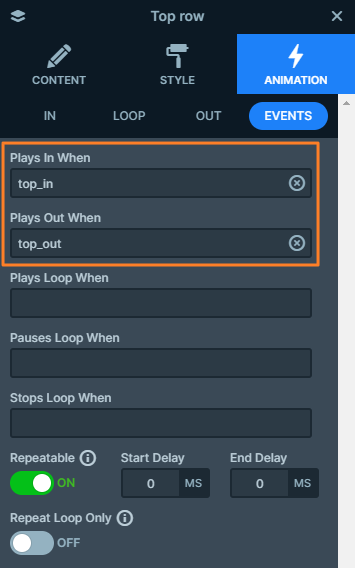 Now all you need to do is to trigger the top_out event from the top row's Mouse leave event.

That's it, the effect is done.

Do you want to show extra information if you hover over a simple image without the text? For that you can use the Transition layer Pro.

Did this answer your question? Thanks for the feedback There was a problem submitting your feedback. Please try again later.
Last updated on January 25, 2022